Most people involved with discussion of the ‘Aboriginal Issue’ have by now encountered the image accompanying this post, which claims that virtually the entire development of Canada has been financed with money that has been stolen from ‘Indian Trust Funds’ that are administered by the federal government.

It’s unfortunate that so many people have been sucked in by this fabrication. It has only exacerbated the resentment felt by many aboriginals. It is this kind of Aboriginal Industry propaganda that has heightened the racial tension in our land.

This twisted tale combines fact {there ARE Indian Trust Funds administered by the federal government for a variety of purposes – see below}, with fiction:

that the Queen, in the early 1700’s, set up a resource trust fund for Indians, into which resource royalty revenue has gone;

and that the Trust Fund has been used to finance the Canadian government — including the building of the Canadian National Railway — ever since, resulting in the biggest theft in the history of ‘Turtle Island’.

Oh…and every Canadian government in history has conspired to hide the existence of this Trust Fund.

What’s at the root of this fantastical hypothesis?

There has certainly been no evidence put forth to support these claims. The references offered don’t check out; the links proferred don’t work, or offer nothing of substance. The Supreme Court case referred to is about the management of the already-known Trust Funds.

The misconception could just stem from fanciful, blame-game thinking, or it could be because the United States government set up such a trust fund system in 1887, and American Indians won a massive lawsuit over mismanagement of those funds:

“Under the settlement, the government would pay $3.4 billion to compensate the Indians for their claims of historical accounting irregularities and any accusation that federal officials mismanaged the administration of the land itself over the years.”
http://www.nytimes.com/2009/12/09/us/09tribes.html?pagewanted=all

It is this lawsuit that possibly confused Canadian aboriginal activists and their supporters — which is not surprising, considering that many do not even recognize the border between the two nations. But the fact remains that the numbers being tossed around are U.S. numbers — when they’re not just fictitious ‘trillions’. 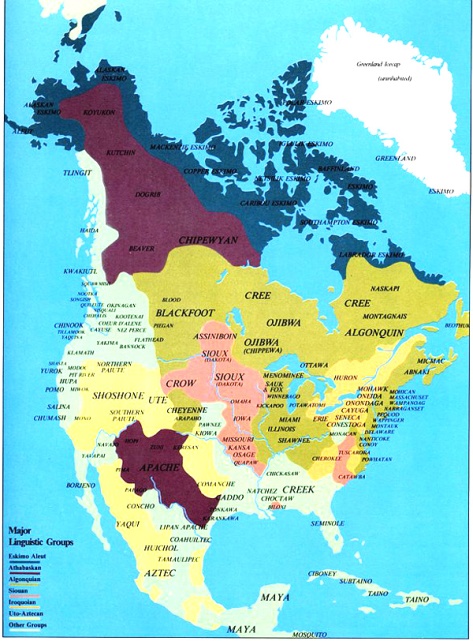 The audited Canadian trust funds show nothing of the kind:

“Indian Moneys generally represent all moneys collected, received or held by the Her Majesty for the use and benefit of ‘First Nations’ (‘FN’) and/or band members. Indian Moneys, held within the ‘Consolidated Revenue Fund’ (CRF), are managed pursuant to various sections of the Indian Act, which provides the legislative framework for the responsibility of the collection, maintenance, expenditure and accounting of Indian Moneys. At March 31, 2009, Indian Moneys trust accounts, which include band, individual and suspense accounts, represented an accumulated balance of $1.2 billion in the CRF.”

This $1.2 billion is money dedicated to specific aboriginal projects and not only does the government NOT use it for other purposes, it also manages to come up with several billion dollars more a year from Canadian tax revenue.

The trust funds are set up by the federal government as the fiduciary agent for Canadian ‘Indians’. There are education funds, band administration funds, housing funds, etc., and all of these are financed by federal government revenues. These monies are managed by Aboriginal Affairs bureaucrats, all of whose pay is financed by the Canadian taxpayer. The only monies technically not coming from the taxpayers are the resource royalty payments and since the treaties do not include resource royalties, then this money is also money that would have gone to the Canadian government, and so must also be considered a revenue gift from the Canadian government.

There are numerous trust funds for ‘Indians’, although the government also uses trust funds for many non-native projects, as well. In addition, there are more recent provincial Band Trust Funds for monies ‘earned’ through royalty payments.

Monies are requested by the bands for specific expenditures and then the money is released from the trust {See links at the bottom of post for more on the process, and examples…}.

I’ve only been able to find one aboriginal activist with a realistic response to the myth of the “Trust Fund”:

“I’ve seen this said before and I have yet to see any evidence… certainly not of INAC’s budget being drawn from any trust accounts. It seems to be based on the idea that the government really did put every cent into Indian Trust Accounts and actually applied compound interest on it once that became a legal requirement. Of course, the compound interest would have to have been applied to the entire principal over a hundred years or more (with no withdrawals from the Trust Accounts, when in fact you can see that in most cases, those funds were indeed accessed over the years)…

“The amount referred to ($10 billion) accords with a claim against the U.S. federal government, claiming that the government lost $10 billion held in trust….I’ve also seen it claimed the full amount is $2 trillion and the billions of dollars are annual interest.

{These are the numbers used in the image above…}

“The whole thing comes across as a bit hokey to me… I haven’t found anything but the claim itself, repeated often in Comment sections…

“I’d love to see more information, but I’m not going to chase after such a thin thread… The chances of getting anywhere with this theory are slim to none…”

And then, there’s the ridiculous side:

She:kon “We are Onkwehonwe [natural to North America]. There is $3 trillion in our Indian Trust Fund, located at the Department of Indian Affairs in Ottawa. This money is used to run Canada without our knowledge or consent. It comes from the illegal extraction of all our resources for 150 years.

“Our title to our land, resources and trust funds are going to be illegally extinguished to complete their theft. Prime Minister Stephen Harper is trying to enforce omnibus bills that will steal our trust funds through declaring us as a non-existent people. {?!?}

“The Trust Fund Management System can be accessed at http://elysebruce.wordpress.com/2013/01/21/idle-no-more-about-that-trust/ .

{Unfortunately, this link — central to these charges? — no longer works…}

“It is clear that any licenses, permits and other instruments to individuals and organizations that exploit our resources belongs to us. Other accounts in the trust fund are: Environmental Studies Research Fund Accounts; Special Accounts; Indian Estate Accounts; royalties for the exploration of all our natural resources.

“They justify their theft from the illegal [‘genocidal’] legislation that turned over our lands and resources to the provinces and left us dying in little pockets of land in the midst of our own lands. All resources belong to us. They are supposedly held in trust for us by the Queen of England for our benefit.

“This is the biggest banking crime in the history of the world which you need to investigate. It violates the ‘Convention on the Prevention and Punishment of the Crime of Genocide’ that Canada signed in Paris on December 9, 1948.”

One of the women writing to Interpol — Kahentinetha — is the editor of the segregationist, violence-advocating ‘Mohawk News’. On her own blog, she has claimed:

–Apr. 1, 2013:
“…the ever growing $50.5 trillion Indian Trust Fund from the exploitation of our resources.”
http://mohawknationnews.com/blog/tag/50-5-trillion-indian-trust-fund/

“Ever-growing”… What an understatement! The $3 trillion trust fund in her January, 2013 letter to Interpol has become $650 trillion by January, 2014…

Here’s how delusional that is:

“The economy of the United States is the world’s largest single national economy. The United States’ nominal GDP was estimated to be $16.62 trillion in 2012.”

So, the entire wealth produced by the United States in 2012 was less than $17 trillion; yet, this silly person claims that Canada has an Indian Trust Fund worth $650 trillion…

In other words, the entire output of the Canadian economy was less than $2 trillion…

“At the end of 2012, the balance sheets of the world’s largest central banks, those of the G20 nations and the eurozone, including Sweden and Switzerland, totalled $17.4 trillion US, according to Bank of Canada calculations from publicly available data.”

And to think that this woman was allowed to teach a ‘History’ course at Concordia U…. Thank God it wasn’t Economics…

It is impossible at this point to get a figure of total government expenditures on aboriginals; therefore, impossible to give a budgetary figure. The number usually quoted is $9-12 billion per year, but that is just for Aboriginal Affairs and Northern Development Canada. Here, from 2009-2010, it’s totalled at over $12 billion.

Every one of these 34 other agencies uses some of its budget for Aboriginals. This is all over and above the $12 billion for AANDC.

Then, of course, there are all the provincial and municipal programs. Aboriginals are eligible all of the social programs available to other Canadians; in addition, most provincial ministries and municipalities have specific aboriginal programs that they fund. It is so widespread that there is virtually no way of knowing how much per capita goes to Canada’s aboriginals. Let’s just say that they are undoubtedly the most lavishly-supported oppressed people in human history…

Queen’s U. Continues to destroy its reputation as a quality university… ‘Queen’s Appoints Race-Baiting, Resentful Aboriginal Activist as Chancellor’: “Queen’s University has selected longtime ‘Indigenous’ {sic, Aboriginals are ‘Indigenous’ to Mongolia and Siberia} rights advocate and former Senator Murray Sinclair as its 15th chancellor. The Kingston, Ont., university selected Sinclair — who was the first […]

‘More Of The Same’

While we readily encourage Canadians to try forming new political organizations, what is the point, if you’re just serving up the same crap in different packaging? The newest entry – the ‘Centrist Party of Canada’ – has simply copied the Aboriginal Industry’s rhetoric where the Aboriginal issue is concerned. There isn’t a single new idea […] 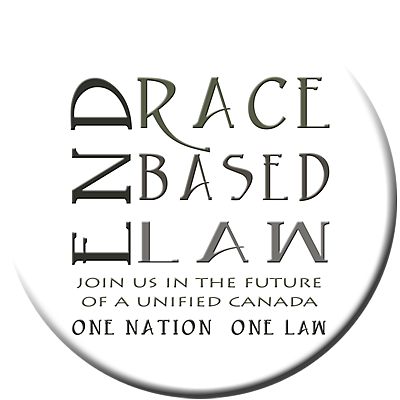 Aboriginal leadership loves trumpeting the slogan ‘Honour the Treaties’ but whenever it suits them, they like to ignore the actual Treaty wording… “Three ‘First Nations’ {‘Aboriginal communities’} in Ontario’s remote north are declaring a moratorium on development in the ‘Ring of Fire’, and are threatening legal action to preserve their {former} lands and rights.

Queen’s U. Continues to destroy its reputation as a quality university… ‘Queen’s Appoints Race-Baiting, Resentful Aboriginal Activist as Chancellor’: “Queen’s University has selected longtime ‘Indigenous’ {sic, Aboriginals are ‘Indigenous’ to Mongolia and Siberia} rights advocate and former Senator Murray Sinclair as its 15th chancellor. The Kingston, Ont., university selected Sinclair — who was the first […]

‘More Of The Same’

While we readily encourage Canadians to try forming new political organizations, what is the point, if you’re just serving up the same crap in different packaging? The newest entry – the ‘Centrist Party of Canada’ – has simply copied the Aboriginal Industry’s rhetoric where the Aboriginal issue is concerned. There isn’t a single new idea […]

Aboriginal leadership loves trumpeting the slogan ‘Honour the Treaties’ but whenever it suits them, they like to ignore the actual Treaty wording… “Three ‘First Nations’ {‘Aboriginal communities’} in Ontario’s remote north are declaring a moratorium on development in the ‘Ring of Fire’, and are threatening legal action to preserve their {former} lands and rights.

“According to sources, Chief Na’Mox {John Ridsdale}, most-famously known for being a stalwart opponent of the ‘Coastal GasLink’ pipeline…is in some hot water. The Wet’suwet’en {Hereditary} chief came onto the residence of a Hazelton woman recently while intoxicated and shot her dog, which later died on the way to a clinic. “Police subsequently arrived after […]

“Some members of a ‘First Nations’ {‘Aboriginal’} Band from the Leamington area are raising concerns about a lack of transparency by Band council. Caldwell ‘First Nation’ {a ‘nation’ of 433 people} group of members held a protest in Leamington, claiming that council continues to leave them in the dark when it comes to major economic […]